David Beckham was left red in the face when he touched down in Nepal ... it's just what happens when you're a soccer god who gets the full deity treatment everywhere you go.

Beckham visited Bhaktapur Friday for UNICEF, and got his face covered in red powder -- a familiar shade for the Man U. hero. David played a charity soccer game with kids, and also some ping-pong.

During the game, Becks went casual -- Timbalands instead of cleats, and no jersey ... just a traditional bindi on his forehead. 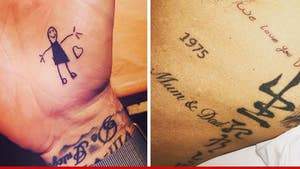 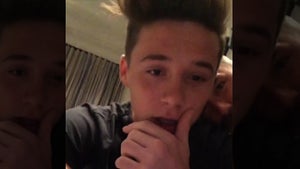