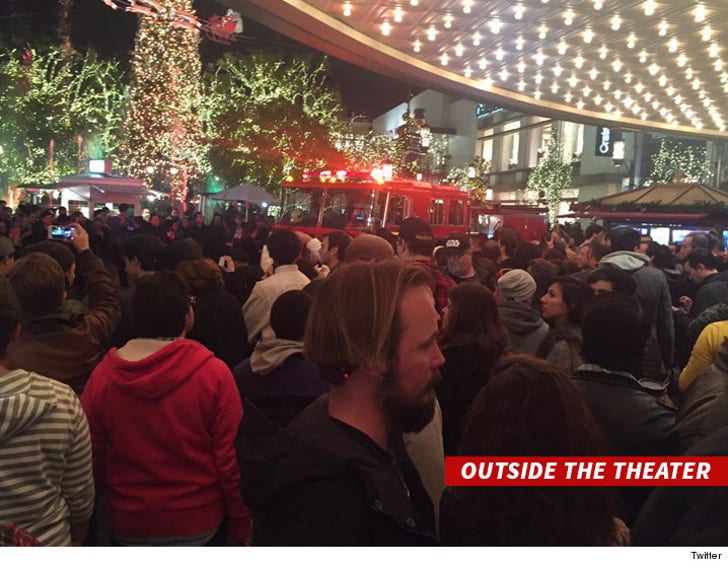 8:33 PM PST --﻿ It appears theater staff has been given the all clear by law enforcement on scene ... they're starting to let fans back in for the movie.

"Star Wars" at The Grove in L.A. had a scary moment Thursday night when a fire alarm was triggered during the movie, forcing them to evacuate the theater.

A witness tells TMZ the movie was interrupted just 30 minutes in and fans evacuated immediately. Once everyone was outside and the alarm stopped, they started to make their way back inside but staff told them it was best to go home "for their safety." We're told 2 firetrucks were called to the scene.

Law enforcement sources tell us at this time it appears someone accidentally pulled the alarm.

At this point it's unclear if any other showings of the movie will play at the theater tonight.