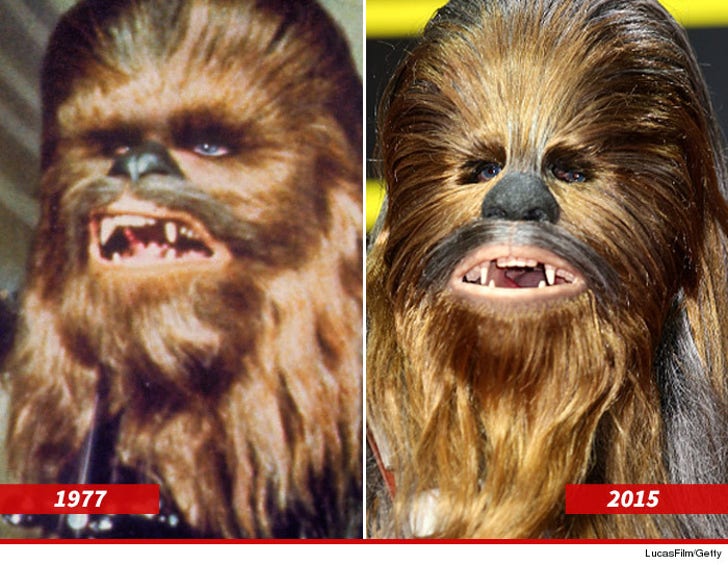 Chewbacca's good looks are a force to be reckoned with!

Here's the well groomed Wookiee and Han Solo's long-standing homie in "Star Wars Episode IV: A New Hope" back in 1977 (left) and 38 years later ... the gentle giant letting his hair down on the red carpet for the "Star Wars: The Force Awakens" in London earlier this week (right). 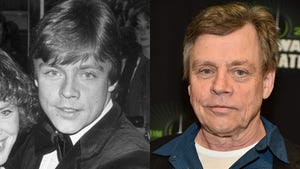 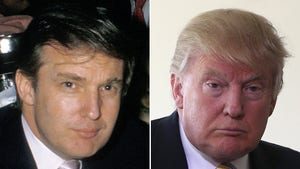