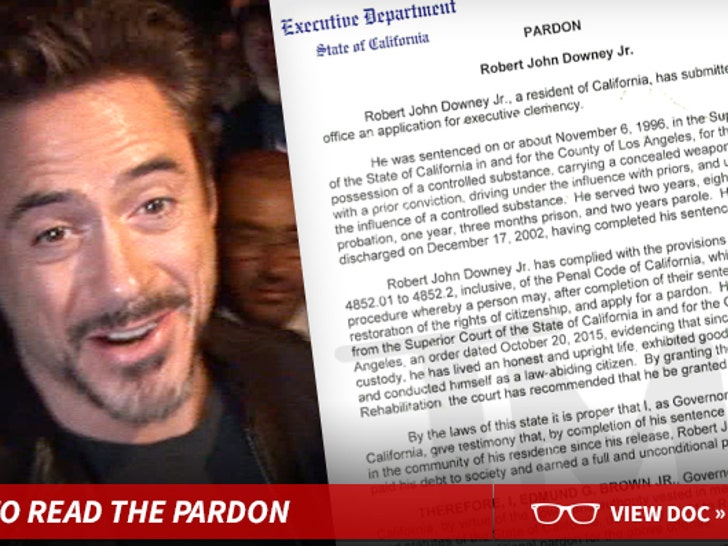 Robert Downey Jr. just got a formal pardon from the Governor of California ... a pardon for Downey's drug convictions.

We've learned Downey initiated legal proceedings to get a pardon for his felony drug convictions. The D.A. recommended that a "certificate of rehabilitation" be granted by an L.A. County Superior Court judge and the judge granted the request in October. By law the judge's order is forwarded to the Governor.

Governor Jerry Brown just granted the pardon, which means Downey now has all of his rights restored, including the right to vote. Brown said in granting the pardon that Downey has led an "honest and upright life" since his convictions and exhibited "good moral character." Brown also says he's been law-abiding and demonstrated "good conduct in the community."

Downey served 1 year and 3 months in prison and was on parole for several years in connection with multiple drug convictions between 1996 and 2002. 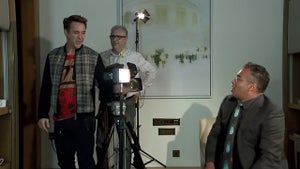 Robert Downey Jr. -- Walks Out of Interview ... 'It's Getting a Little Diane Sawyer-y'