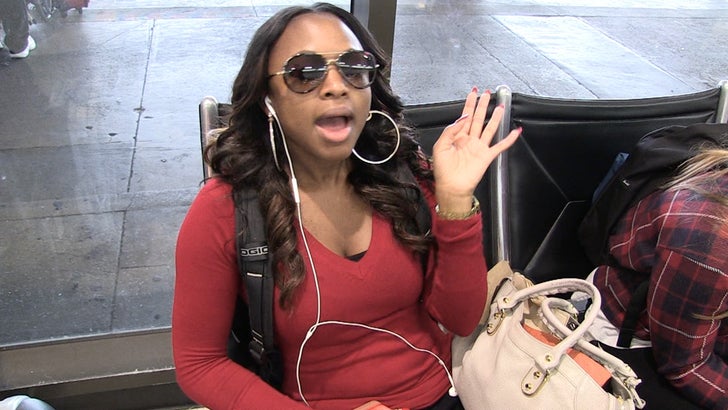 Naturi Naughton feels empowered by helping the feds catch a hacker who was trying to fence scripts, pics and other stuff from celebrity computers.

We got the "Power" star at LAX, and should not have been happier about her role in catching a Bahamian man who allegedly hacked into the accounts of 130 celebs, including her.

He was caught after trying to sell a script from "Power," which he stole from Naughton's computer.

Naughton says she never feared that the guy might release nude photos ... in case you haven't seen "Power," the cat's already out of the bag.

Since the takedown, the Bahamanian hacker pled not guilty.