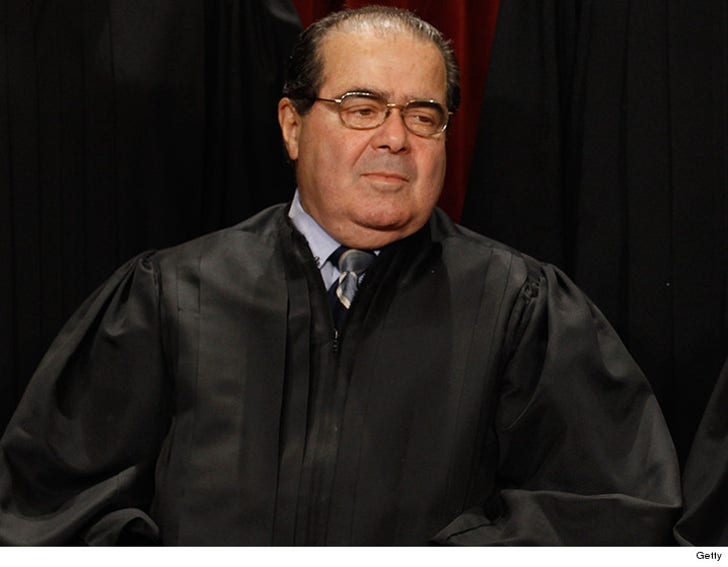 5:50 P.M. PST -- President Obama just set the stage for political war, vowing to "fulfill my constitutional duties" and send a Supreme Court nominee to the Senate. The Republican leadership has made it clear they don't want an Obama nominee. Since the Republicans control the Senate, it's game on.

Scalia arrived at a luxury resort Friday and attended a private party at the resort. When he didn't show up to a breakfast Saturday morning before a hunting trip, a resort employee found Scalia's body in his room.

Chief Justice John Roberts released a statement saying, "He was an extraordinary individual and jurist, admired and treasured by his colleagues. His passing is a great loss to the Court and the country he so loyally served."

Scalia was appointed to the Supreme Court by Ronald Reagan in 1986 and served for almost 30 years. He had a huge influence on the hot-button issue of abortion rights ... in 1992 when he wrote a scathing dissent to Justice O'Connor's majority opinion and spent many years trying to overturn Roe v. Wade.

Scalia had what some thought was an odd relationship with liberal Justice Ginsburg The two were almost polar opposites professionally but maintained a very close friendship. Both were New Yorkers, Scalia from Queens and Ginsburg from Brooklyn.

With an empty seat on the Court, President Obama is now given a huge opportunity to shape the Court for years to come. The split was 5-4, with conservatives having the edge. Obama could reverse that, but Republican leaders and some presidential candidates are already saying the appointment should be made by the next president.

Justice Scalia was an American hero. We owe it to him, & the Nation, for the Senate to ensure that the next President names his replacement.