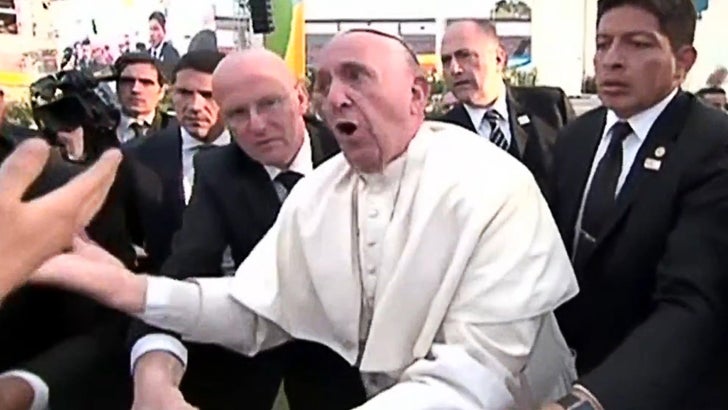 Pope Francis schooled one of his followers in a big way Wednesday ... and you gotta wonder if the guy is feeling like a bad omen has just befallen him.

The Pope was working the crowd in Morelia, Mexico when a guy pulled his hand so hard His Holiness fell over, onto someone in a wheelchair.

The 79-year-old eventually regained his composure and gets an "Amen" after planting a kiss on the head of the guy in the wheelchair.

As for the dude who tugged too hard ... time to hit the confessional for 10 Hail Marys. 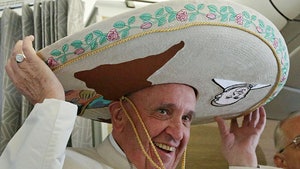