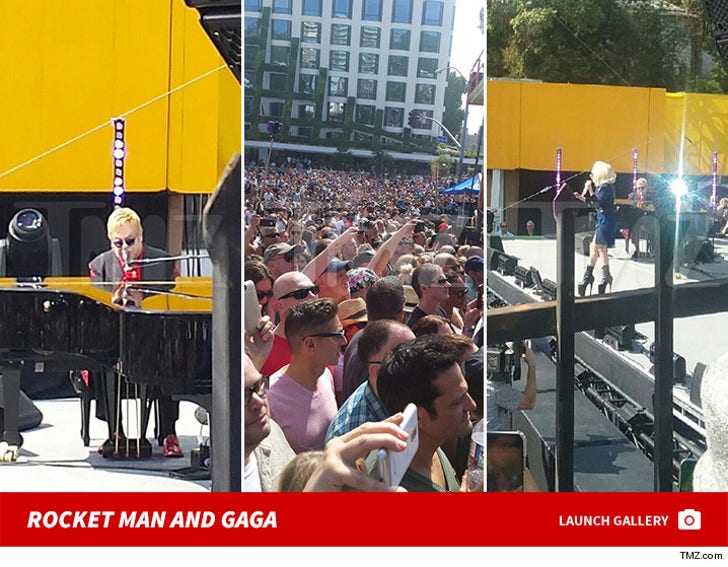 Thousands flooded the streets Saturday to see the concert after the singers announced it just hours before ... it was mainly Elton, but Gaga joined him on stage to perform "Don't Let The Sun Go Down On Me" with the Rocket Man. The event was put on by Elton's AIDS Foundation. 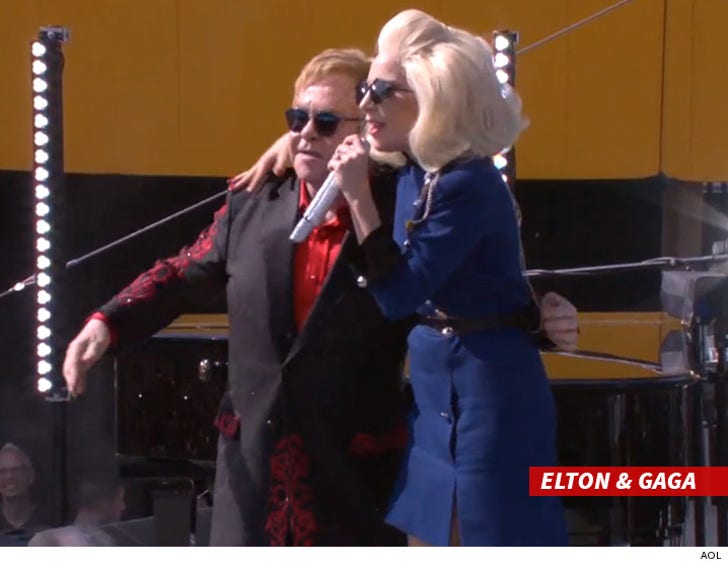 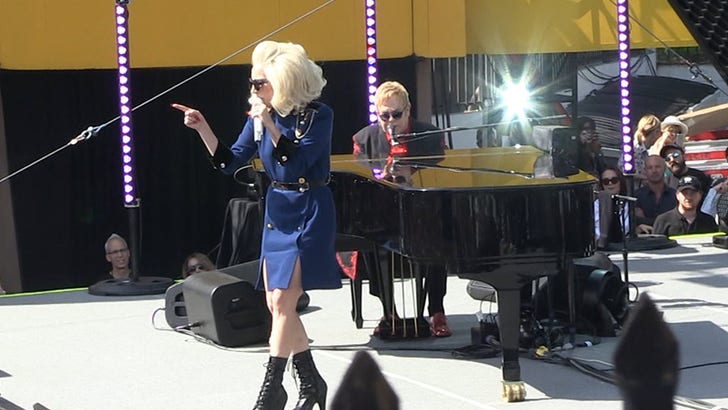 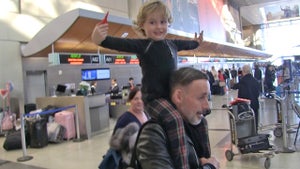 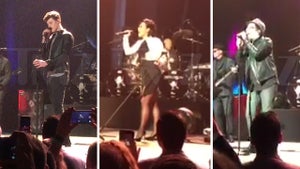 Elton John -- Bringin' Out The Young Guns In L.A. (VIDEO)