Sam Smith suggesting he might be the first openly gay man to win an Oscar ... pissed off screenwriter Dustin Lance Black, who's now calling out Smith.

Not long after Smith won Best Original Song for the "Spectre" theme ... Black, who is openly gay, tweeted a reminder that HE won the Oscar for Best Original Screenplay in 2009 for "Milk."

He also claims Smith is infatuated with his fiance, olympic diver Tom Daley.

Hey @SamSmithWorld, if you have no idea who I am, it may be time to stop texting my fiancé. Here's a start: https://t.co/8hGTRtIaMK

The "first" argument might seem kinda petty -- especially since Smith didn't state he was first as fact -- but Black tells TMZ, "I think knowing our collective LGBTQ history is important. That's all. We stand on the shoulders of countless brave men and women. We should honor that."

As for the shot about Daley ... Black wouldn't elaborate. We've reached out to Smith, but no word back. 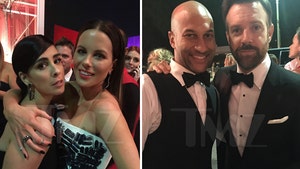 Oscars -- A Night of Vanity (PHOTOS) 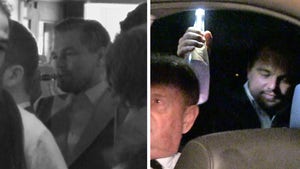