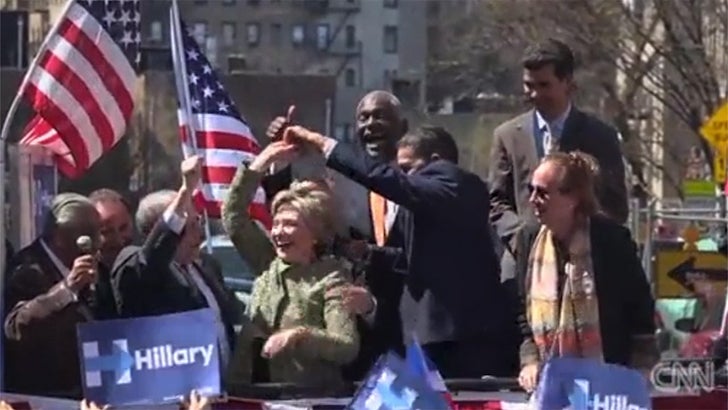 Hillary Clinton was feeling herself during an impromptu Latin dance party ... but gave a twirl that wouldn't exactly earn her a spot on "Dancing with the Stars."

Clinton was in Washington Heights Sunday speaking on immigration reform when she broke out dancing ... capped off by a rather slow spin from NY senator Adriano Espaillat.