Ice Cube finally gave N.W.A. fans what they wanted ... bringing out Dr. Dre at Coachella and completing the group's reunion.

Cube performed his second set in two weeks at the music festival Saturday ... you'll remember, fans were pissed after Dre was a no-show last weekend even though MC Ren and DJ Yella made appearances.

We're told Dre shyed away from performing NWA songs ... but still got the crowd going for "California Love" and "Still D.R.E."

Ren and Yella were there too and Cube also brought out Kendrick Lamar and Eazy-E's son ... not a bad showing. 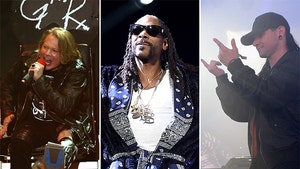 Coachella -- Axl and Cube Front and Center, but No NWA (PHOTOS) 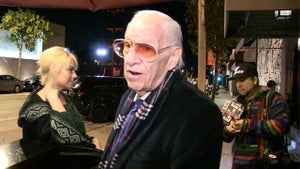