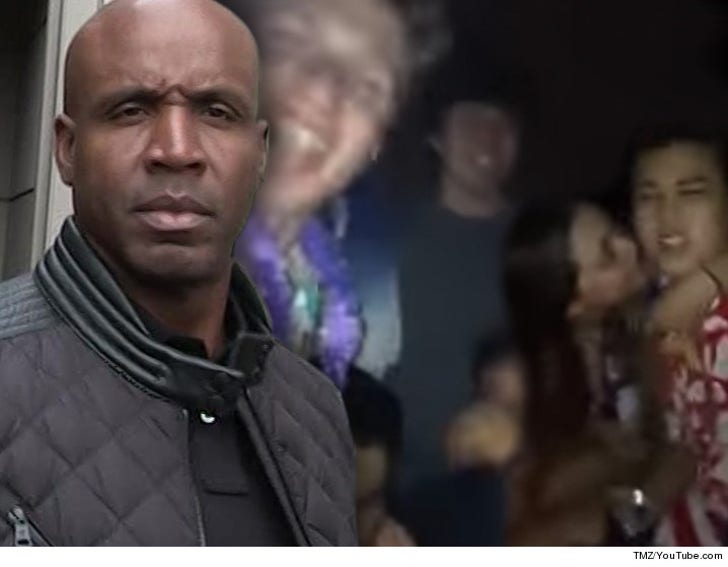 Barry Bonds is outraged over a video of several white kids who attend his daughter's fancy Brentwood private school using the n-word while rapping along with a popular song.

The video got to Barry, whose daughter, Aisha, attends Brentwood School ($37,000 a year) -- and he tweeted, "I am sad that i had to see this at my daughters school. #Racism #Fixit #Suspension."

He's not the only one calling for action ... a Change.org petition was launched and already has more than 400 signatures.

Not everyone is on the warpath -- a student who wished to remain anonymous spoke with NBC4 and condemned using the n-word, but said the kids should NOT be punished.

"It's a small segment of the school that is making a big fuss over nothing ... Some of the extreme activists on campus are calling singing along to a rap song a 'hate crime' or 'hate speech' but that is a load of hogwash."

The school has called the lyrics “offensive and inconsistent with our core values."

School officials add, "We are investigating this insensitive behavior, will address the situation directly, and will respond seriously.”