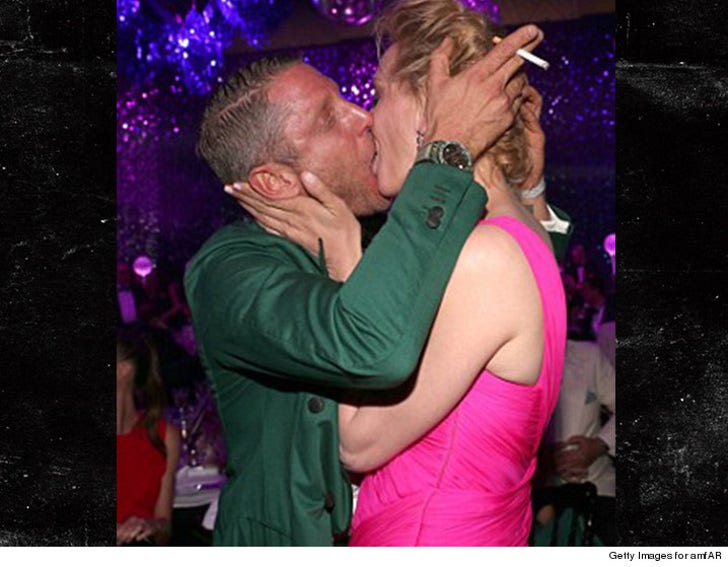 Uma Thurman helped haul in $196,000 during an amfAR auction in Cannes, which is great -- but she's pissed about the extra-aggressive kiss the auction winner put on her.

Uma was hosting the auction when Italian entrepreneur Lapo Elkann bucked up the HUGE amount of cash for a Victoria's Secret Fashion show package -- and then celebrated by practically devouring Uma's face.

Seriously, he basically French kissed her entire head -- while gripping his ciggie -- and Uma felt violated, according to her camp.

Her rep called it "opportunism at its worst. She wasn't complicit in it."

Although Uma posed for pics with Elkann right after ... the rep says, "It looks like she was happy to have it happen, but it was not consensual." 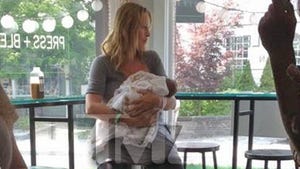 Uma Thurman -- Shows Off New Baby ... One Day After Birth! 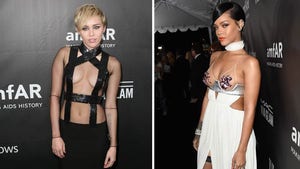 Miley Cyrus & Rihanna at AIDS Charity ... They Went Too Am-Far