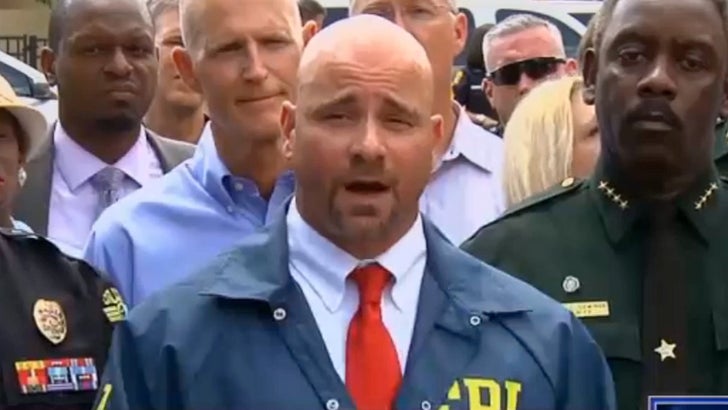 Omar Mateen -- the self-proclaimed ISIS follower who slaughtered 50 people at an Orlando gay nightclub -- was well known to the FBI, which just admitted he's been a terror suspect on and off since 2013.

FBI official Ronald Hopper just said in 2013 Mateen made, "inflammatory comments to coworkers," -- presumably terrorism related -- which caused the FBI to investigate and interview him ... not once, but twice.

The FBI closed the investigation because they could not connect him to a specific terrorist threat.

In 2014, Mateen was investigated again by the FBI ... this time for a possible relationship with an American suicide bomber. The FBI official says they interviewed Mateen again, but ultimately determined his contact with the suicide bomber was, "minimal," so that investigation was closed.

The FBI official added confirmation Mateen called 911 during the attack at Pulse nightclub, and mentioned the Islamic State.

An offiical from the ATF also spoke -- saying Mateen made at least 2 legal firearm purchases within the last week. He was not on a watch list.

As we previously reported, Mateen pledged his allegiance to ISIS during the 911 call, and ISIS has claimed responsbility for the attack.