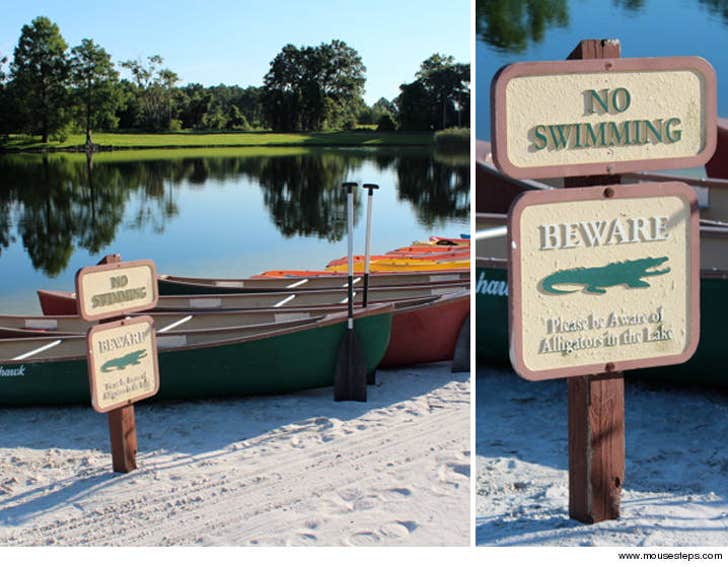 A resort just a few miles from Disney's Seven Seas Lagoon where a 2-year-old was attacked by an alligator had a clear warning sign -- BEWARE OF ALLIGATORS.

The Hyatt Regency Grand Cypress has a lagoon similar to the one at the Disney Grand Floridian Resort. As we reported, the Disney resort has a sign saying NO SWIMMING, but no mention of alligators. The Hyatt went the extra step and warned of gators. 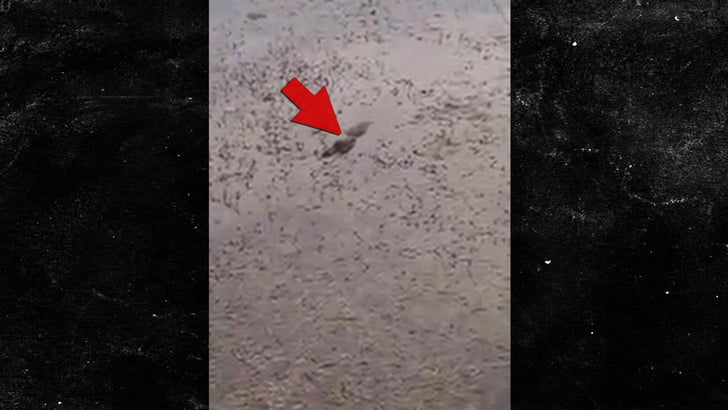 As we reported, a gator was allegedly caught on video in the Seven Seas Lagoon just days before the attack.

We called several other nearby Disney resorts, and we were told there were no signs warning of alligators ... just that the waters were not for swimming. 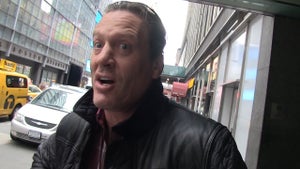 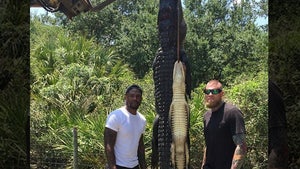