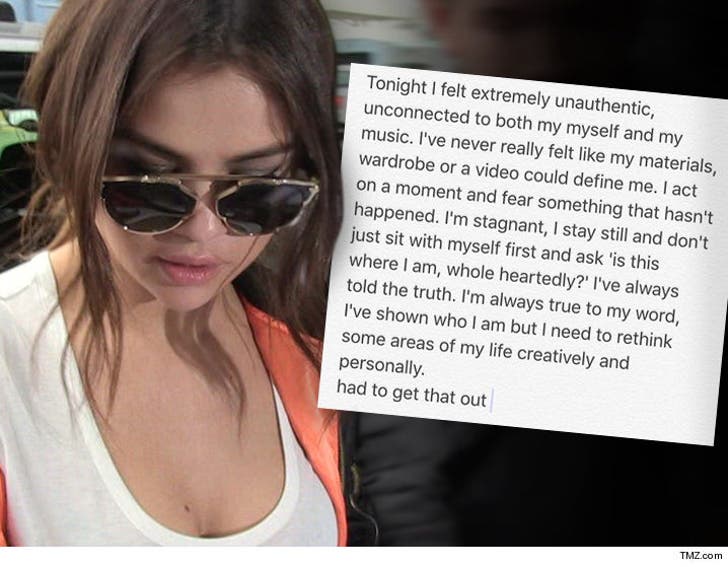 Selena Gomez just posted a puzzling message ... calling herself, "unauthentic" and "unconnected" to herself and her music hours after a concert.

Gomez took to Instagram Saturday -- post-show in Indonesia -- mentioning she's never felt her materials, wardrobe or a video could define her ... but it seems something got in her head.

Selena also reflected on her life ... saying she thinks it's time to do an overhaul both personally and creatively.

It's unclear exactly what happened with the singer ... but a video taken during the concert shows her on the verge of tears before a song as she spoke to fans about loving and caring for one another.

Selena talking to the crowd in Jakarta. pic.twitter.com/2mMqbpv1Gp 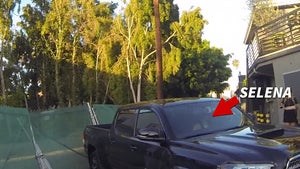 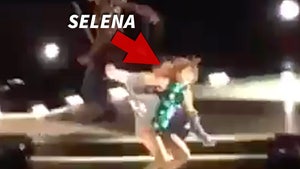 Selena Gomez -- Anything Justin Does, I Can Do Better ... Tumbles Hard Onstage (VIDEO)