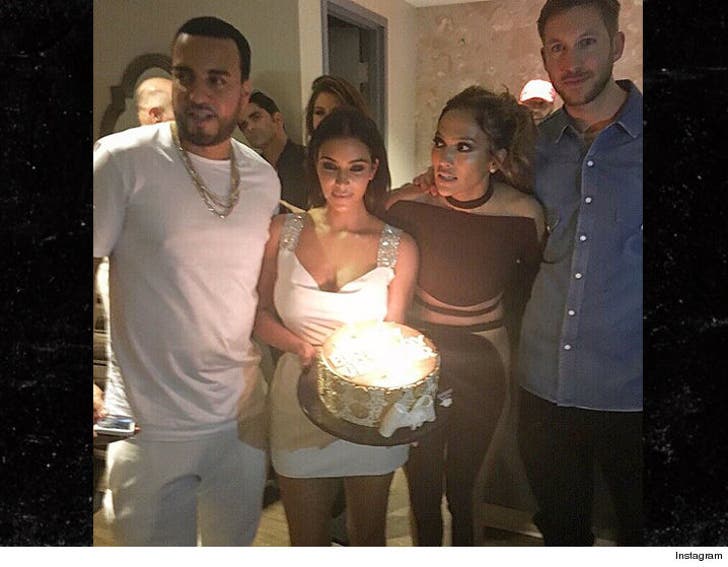 Well, ain't this the icing on the cake for Taylor Swift -- 2 of her biggest enemies (currently) coming together in one photo ... and Calvin Harris' smirk says it all.

So, Jennifer Lopez celebrated her 47th birthday last night at Caesar's Palace in Vegas ... and Kim Kardashian was there to help present her cake. Calvin was there partying, and he had to know how this pose would go over with Swift.

Calvin and Kim reportedly chatted during the party -- no doubt Taylor's name came up once or twice on the heels of her "Famous" feud with Kanye ... and her "This Is What You Came For" feud with her ex.

French Montana, Iggy Azalea and Cristiano Ronaldo were also there -- but no sign of John Mayer, Jake Gylenhaal or Harry Styles ... 'cause that would've been awesome. 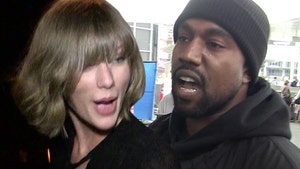 Taylor Swift -- Calls BS on Kanye ... He Broke the Law 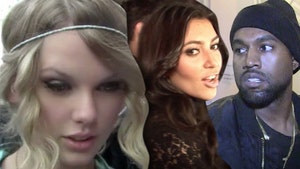