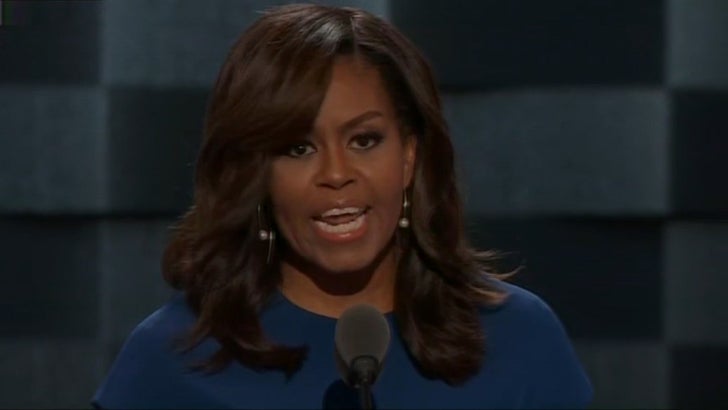 Michelle Obama delivered a powerful speech at the DNC about gender, race and the American Dream ... and threw in more than a few digs at Donald Trump.

FLOTUS hit the stage Monday night in Philly to publicly endorse Hillary Clinton -- but also spoke about how she and President Obama teach their daughters to ignore people who "bully" their father about his religion or heritage. She never mentioned Trump by name, but everyone got the point.

She was most poignant when she talked about how far African-Americans have come, saying ... "I wake up every morning in a house that was built by slaves."

Check out some highlights, including Michelle's final not at all subtle punch -- "Don't let anyone tell you we need to make America great again ... because this is the greatest country on Earth."

Of course, she almost immediately got a shout-out from POTUS. Smart move on his part ...

Incredible speech by an incredible woman. Couldn't be more proud & our country has been blessed to have her as FLOTUS. I love you, Michelle. 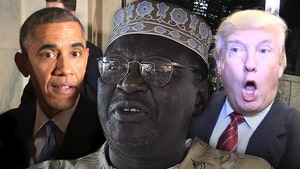 President Barack Obama -- His Own Blood's Voting for Donald Trump 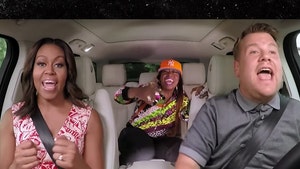 Michelle Obama -- Hey Beyonce, This is How I Do You! (VIDEO)