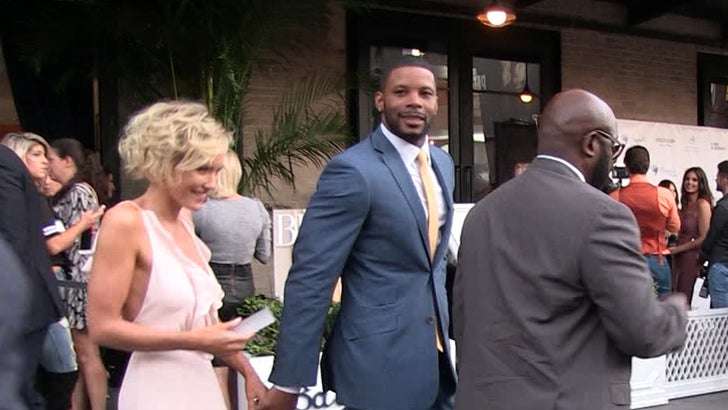 Anyone still not ready to buy into Louisville QB Lamar Jackson as a legit Heisman contender is WRONG ... that's according to ex-NFL star Kerry Rhodes who says Action Jackson is 100% real.

Rhodes was out in NYC with his lovely fiancee, Nicky Whelan, when we asked him about LJ -- who some believe is the Heisman trophy front-runner after two weeks (sorry Leonard).

We gotta keep it 100 with you guys ... Kerry went to Louisville ... so he might not be the MOST objective, but still he says Lamar is definitely the real thing ... and will prove it against Florida State Saturday.

Check out the clip -- the college football smack talk is great ... and Kerry's fiancee is really, really hot.