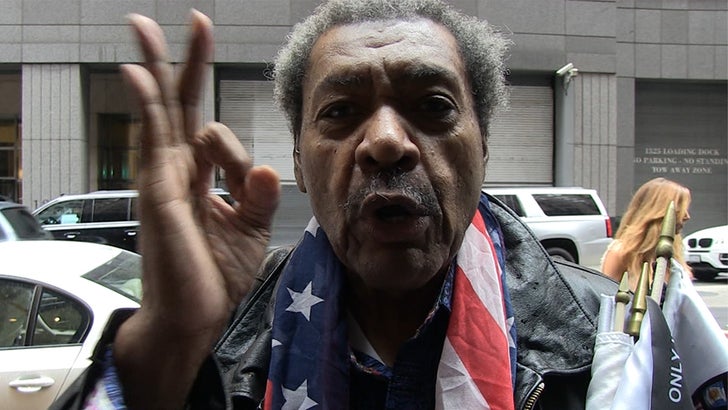 Don King thinks Donald Trump's banter with Billy Bush was disgusting and reprehensible, but he passionately believes it has nothing to do with fitness to hold the highest office in the land.

We got King Saturday in NYC outside the London hotel ... and he says voters should focus on a broken system and who is most likely to fix it.

One thing's true ... there's a rich history of actual sitting Presidents getting it on in The White House ... and they're among the most popular.