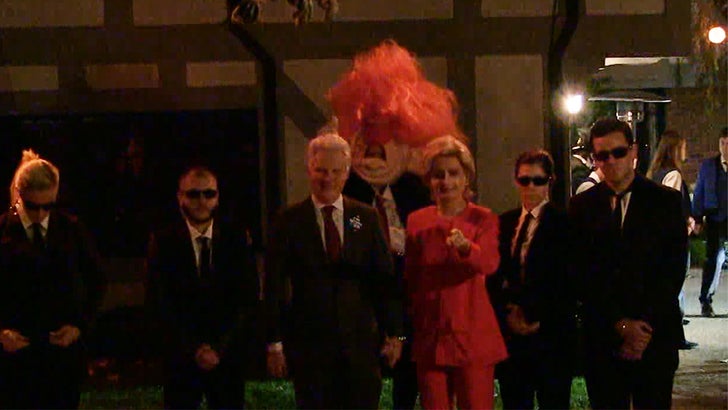 Katy Perry and Orlando Bloom shamed all the celebrity guests at Kate Hudson's Halloween party ... not only dressing up exactly like Bill and Hill, but showing up with a phalinx of Secret Service.

The video's hilarious. Although the party was held behind gates, they opened for the big Presidential reveal, with a wonky Trump flanking the couple. 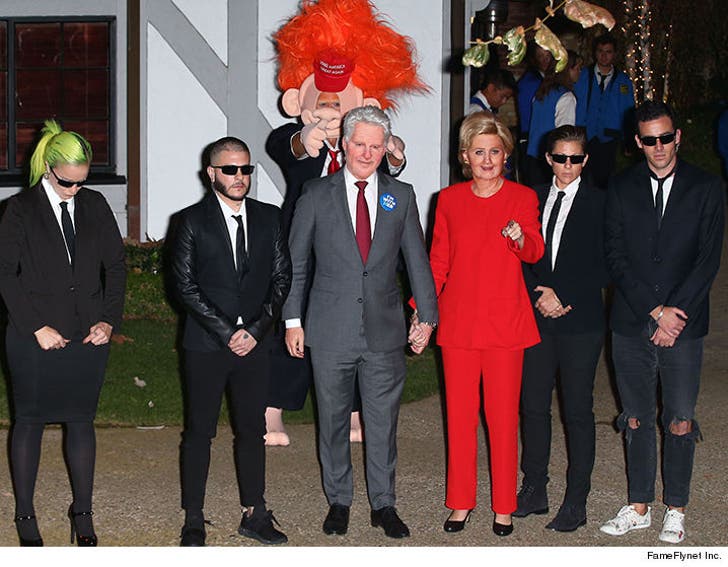 The getups were incredibly detailed ... it took Katy a long, long time to nail down the look. 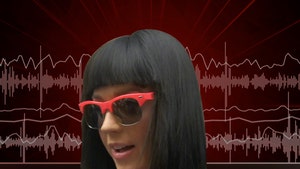 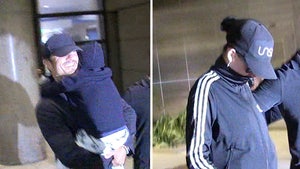