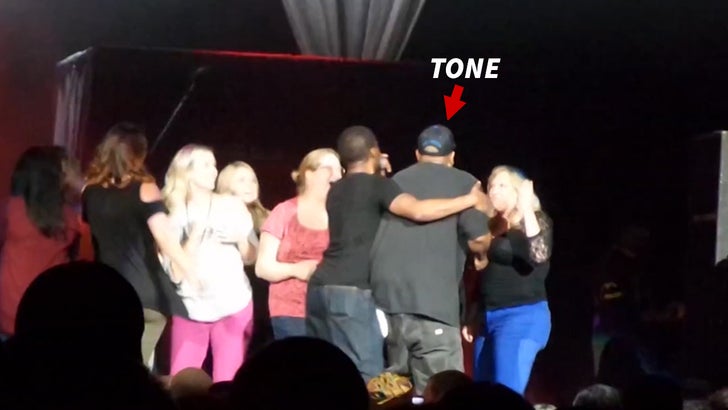 9:22 AM PT -- Tone's rep tells TMZ he's doing great today and on his way to the next show tonight in North Dakota. The rep adds ... the fainting scare was just a fluke, and Tone only needed a minute to recoup backstage with some water. The I Love the 90s tour has been going since January and continues into 2017. Translation ... it's a lot of work.

Things got a little too wild for Tone Loc when he was onstage this weekend ... 'cause he nearly passed out while performing his hit song.

The famous '90s rapper had to be escorted offstage Saturday night at the #ILoveThe90s concert in Sioux Falls, South Dakota at the beginning of his song, "Wild Thing." His legs got wobbly just a few seconds into the performance, and a friend had to catch him.

Luckily, he came back later to finish his set like a champ -- but the 50-year-old looked pretty worse for the wear here. We've reached out for an update on his health ... no word back yet.