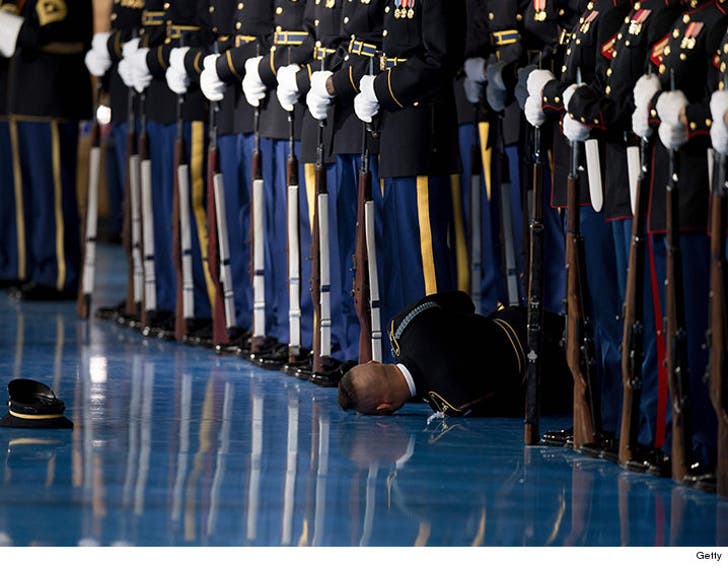 Members of the U.S. Army Honor Guard did NOT leave their fellow soldier hanging after he fainted and face-planted at President Obama's farewell ceremony ... they were just following procedure.

Maj. Russell Fox tells TMZ ... the Honor Guard soldiers are to maintain ceremonial composure at all times no matter what ... even if one of their own goes down, as occurred Wednesday. The Major says officers in the rear of the formation are trained to move forward to recover someone who collapses.

We're told that's what happened right after this photo was taken, and the soldier was checked out by medics and released. He's doing fine today. Fox won't say exactly what caused the collapse -- locking the knees, overheating, etc ... but says they're giving the young man additional training to prevent a repeat.

We're told the soldier who fell is new to the 3rd U.S. Infantry Regiment -- official escorts to the prez -- which represents all soldiers at ceremonies. 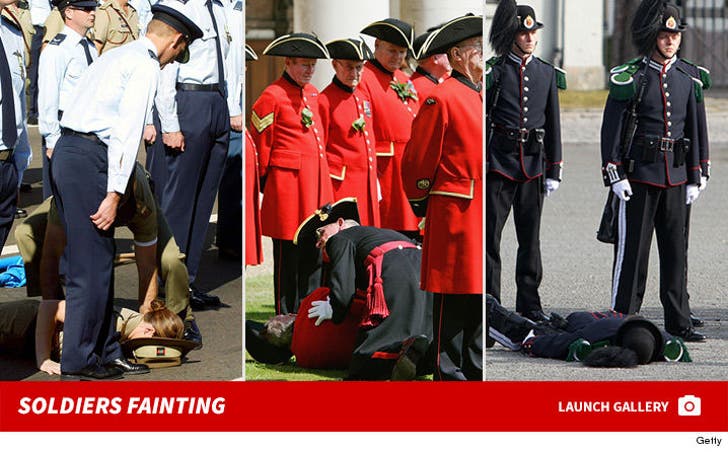 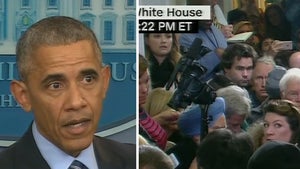