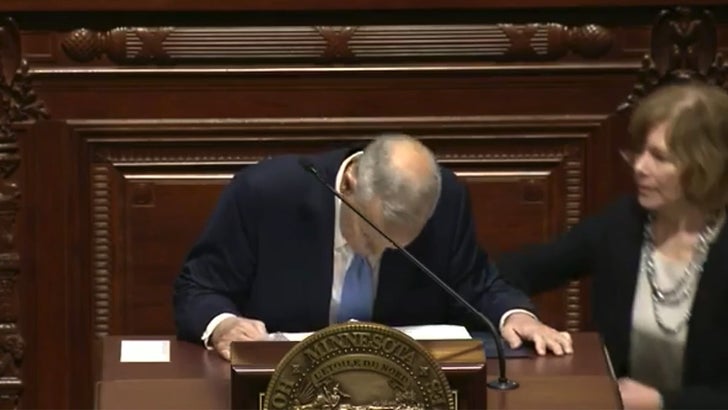 Minnesota Governor Mark Dayton collapsed while giving his State of the State address Monday night ... and the scary moment was captured on video.

Dayton was delivering the speech at the University of Minnesota -- he was about 40 minutes in -- when he began to slur his words and reached for a drink of water. Moments later he appeared to faint and others rushed in to help him.

The 69-year-old governor was reportedly conscious as he was helped into a back room minutes later. His son Eric just tweeted that his father is doing great ... but offered no explanation for the collapse.

Dayton fainted at an event last year, which his staff attributed to overheating and dehydration.