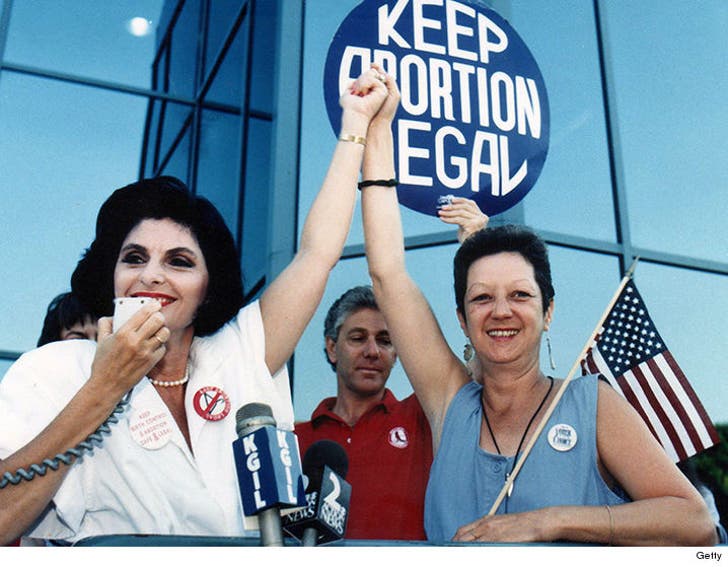 Norma McCorvey -- aka Jane Roe in the landmark Supreme Court case Roe v. Wade that established abortion as a constitutional right -- has died.

Norma was just 22 when championed the fight for a woman's right to an abortion ... and she became the center of one of the most contentious legal battles in American history that came to a head in 1973 when the Supreme Court legalized abortion.

Norma actually shifted her position on abortion from pro-choice to pro-life in the years that followed the decision.

Her case is still the center of controversy on the Court and in the nation. The justices are still divided ever so closely on Roe v. Wade.

Norma died from heart failure. She was 69.