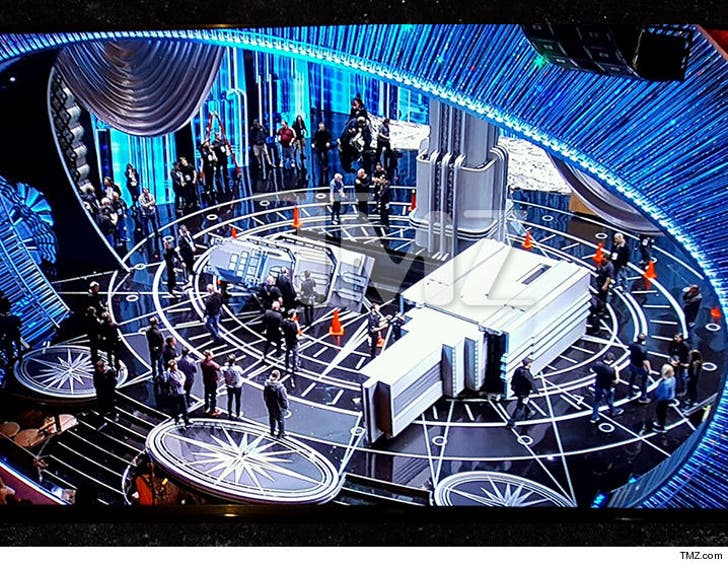 Part of the Oscars stage was left in shambles Sunday morning when a prop crashed down during rehearsals ... and TMZ got this photo of the damage.

The accident happened around 11:30 AM on the stage at the Dolby Theatre -- just hours before the award show was set to begin. We're told host Jimmy Kimmel was working out a skit at the time, but was off the stage.

The props, which appear to be skyscraper models, tumbled over and crushed a camera. We're told no one was injured though. One witness described it as making a "horrifying sound" as it tore down the curtain.

The show is set to begin at 5:30 PM PT ... so we're guessing there's a lot of scrambling going on to get things fixed. We've got a call in to the Oscars and ABC ... no word back yet.

4:40 PM PT -- The Academy says the set pieces were repaired and will not impact tonight's show.