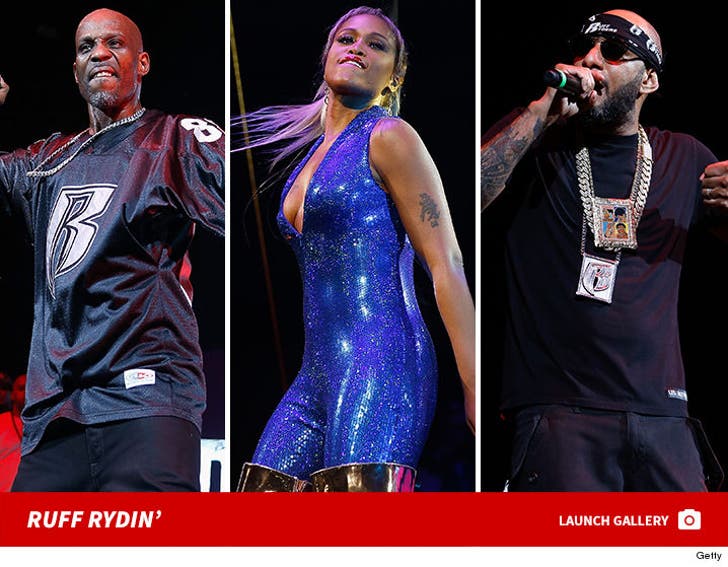 DMX, Eve, Swizz Beatz and other music heavyweights took the stage Saturday night for a Ruff Ryders reunion ... and the 90s nostalgia was real.

It all went down at The Barclays Center in Brooklyn in front of a sold out crowd. DMX was the headliner, but the show featured plenty of special guests as well, including French Montana, Remy Ma and Fat Joe.

It was X who became the talking point after the show thanks to what some called "incoherent rants," but we're told all in all it was a ballin' time.