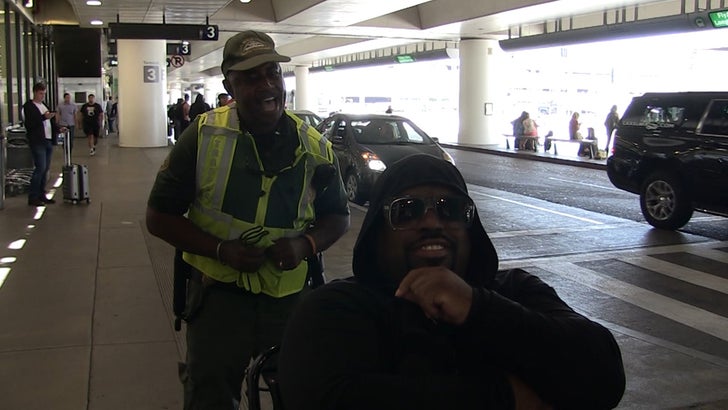 Forget turning his chair around ... CeeLo Green got so pumped when an airport crossing guard sang for him he damn near jumped out of his seat.

We asked the former "The Voice" coach at LAX Saturday if he'd be down to judge on 'American Idol' ... he made his answer clear pretty quickly -- he still prefers his old gig. Then before we knew it ... he was back on NBC's singing competition in his coach's chair!

Okay, it was actually his wheelchair -- dude's got some back issues -- but it felt just like the TV show based on the talent level. Those traffic guards are always yelling ... but who knew they could sing?!

Interesting note -- the singer told our guy he actually tried out for 'The Voice' a few years ago ... but had way more success this time around. 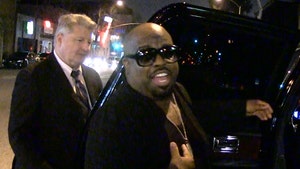 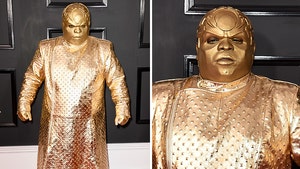 CeeLo Green Is Gold For The Grammys