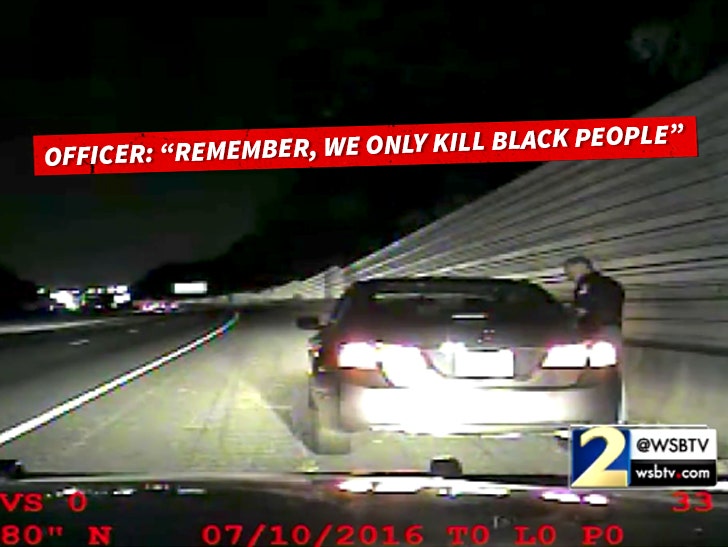 A Cobb County police officer reassured a white woman who was afraid she'd be shot when he pulled her over by telling her ... "Remember, we only kill black people."

During dashcam video of the incident, the woman told the officer she didn't want to reach for her mobile phone in her lap because she'd seen too many videos of cops shooting motorists. The cop, Lt. Greg Abbott, quickly responded, "But you're not black. We only kill black people, right?"

The interaction starts at 30 secs. into the video.

Lt. Abbott has been placed on administrative duties, and an internal investigation has been launched.

His attorney says, "He was attempting to de-escalate a situation involving an uncooperative passenger. In context, his comments were clearly aimed at attempting to gain compliance by using the passenger's own statements and reasoning to avoid making an arrest.”