Fresh out the shower ... here's Pittsburgh Steelers running back Le'Veon Bell spittin' bars in the team locker room -- in a towel.

With Antonio Brown as hype man, Bell and a few other players fired off some lyrics in a team cypher -- with Le'Veon rapping about everything from money, to girls to his hairdo.

Bell is experienced when it comes to rap -- he's released several tracks under the name "Juice" ... and it's good stuff.

Safety Robert Golden went next. He's not bad either. 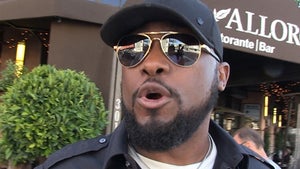 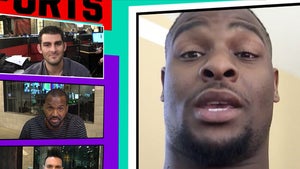