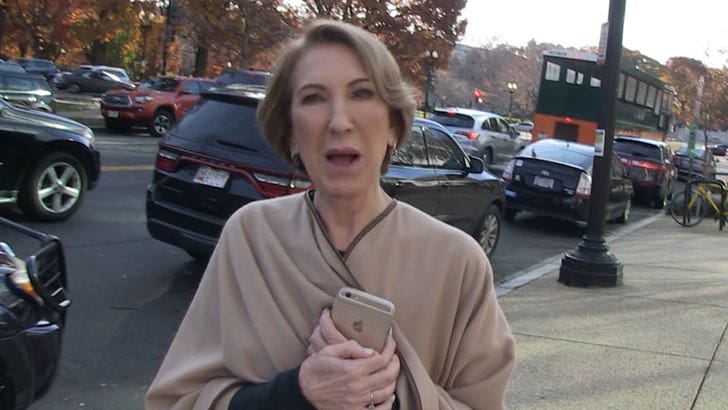 Carly Fiorina thinks the response by Congress to sexual harassment is a joke.

We got the former presidential candidate Sunday in downtown Washington D.C., and she scoffs at the current rules for reporting sexual harassment -- which, among other things, requires the alleged victim to undergo counseling.

Fiorina, who has said she's been a victim of sexual harassment, says it's been going on a long time, and thinks the only way it will change if male members of Congress start taking it seriously.

As you know, Senator Al Franken and Representative John Conyers have both been accused of harassment.