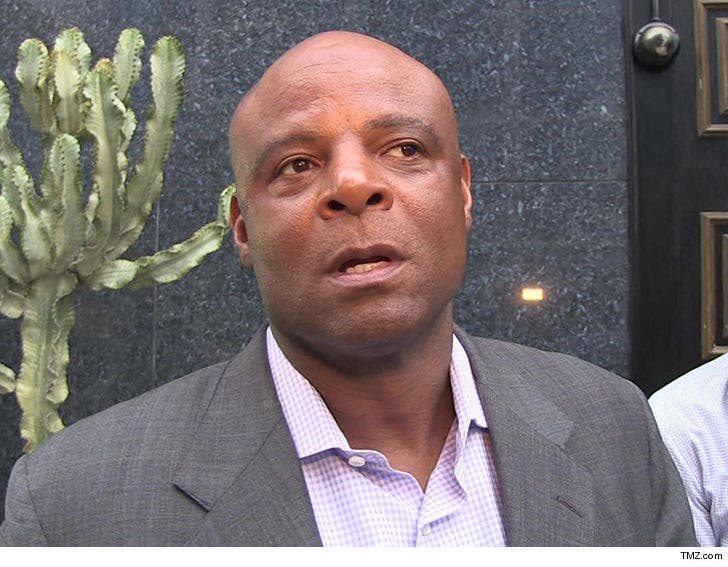 Warren Moon has denied the allegations made by his former assistant ... and his attorney released the following statement:

“Warren Moon has yet to be served with the lawsuit filed by Wendy Haskell, but he is aware of the claims contained in it. Mr. Moon denies the claims by Ms. Haskell. Mr. Moon contends these claims are meritless, and he has every intention to vigorously defend himself in court."

“Mr. Moon recognizes that his duties as a commentator on the Seattle Seahawks radio network will be impacted as he defends himself against these claims, and he has requested a temporary leave of absence from his duties with the Seahawks, which has been granted.”

Warren Moon is being sued for allegedly sexually assaulting and harassing his former assistant -- making repeated advances and once grabbing her crotch.

According to multiple reports, Wendy Haskell, 32, who worked for Moon's Sports 1 Marketing company, filed a lawsuit against her former boss in Orange County, CA ... alleging a pattern of sexual abuse perpetrated by the Hall of Fame QB.

Among the allegations ... Haskell claims Moon would pressure her to wear revealing clothing, make inappropriate sexual remarks and advances, and force her to sleep in the same bed with him on business trips.

She claims once while asleep in bed with Warren ... she woke up to his hand on her crotch. She says she removed his hand, but was then forced to sleep while he has his hand on her butt.

Haskell says when she voiced her concern over Moon's behavior, he threatened to replace her with someone who didn't object to his advances.