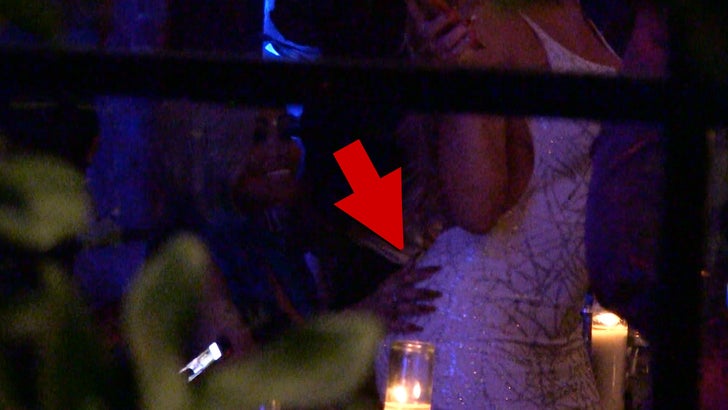 Blac Chyna's got the Christmas spirit ... because she's all about the pa-rump-a-rump Rump.

Chyna was at Karrueche Tran's Christmas party Saturday night at Paloma nightclub in WeHo when a random chick backed into her and Chyna did not view it as an uninvited touching. To the contrary, Rob Kardashian's baby mama was all hands on.

Chyna hasn 't given up on reality TV, even though she sued the Kardashians because she believes they torpedoed her show with Rob. She says she has a solo show in the works, but it doesn't appear it's been sold.