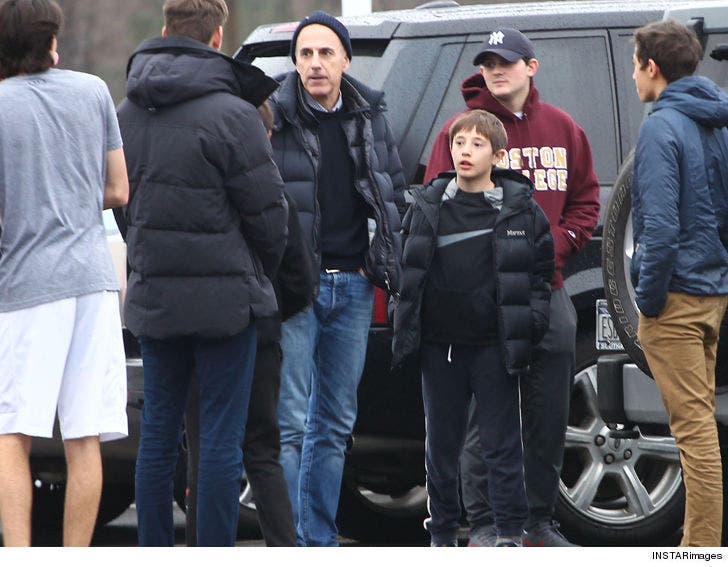 Matt Lauer's surrounded by lots of testosterone these days ... on the eve of Christmas Eve, anyway.

The disgraced "Today" co-host was out with his kids and their friends Saturday in the Hamptons. He's got that dad-look of a concern on his face. Maybe it's just that it's so chilly but then again some dude is wearing shorts and a t-shirt, so hard to tell.

Matt's had plenty of time on his hands since NBC canned him. And he's spent much of that time laying low and being a hands-on dad.