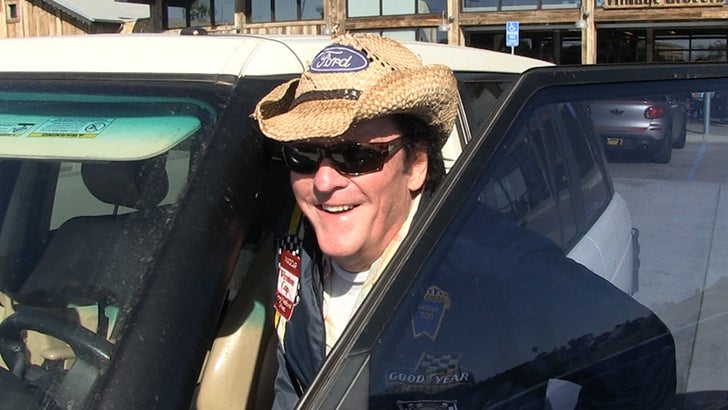 Michael Madsen ain't about to piss off the golden goose -- aka Quentin Tarantino -- but it's clear he knows a lot about the upcoming Charles Manson movie, and gave up at least one secret.

Mike was doing some shopping at Vintage Grocers Tuesday in Malibu ... and we hit him up about all the rumors swirling around Tarantino's Manson flick. Word is Leo DiCaprio has signed on, and Madsen himself will also be in it.

Well, MM confirmed there IS a role for him, but when we pressed on who he's playing ... he started looking over his shoulder. Here's the thing -- he's been in almost all of Tarantino's movies, and knows the score ... don't give up Q's script secrets.

As for Leo? Well, see if you can get a read off Madsen.