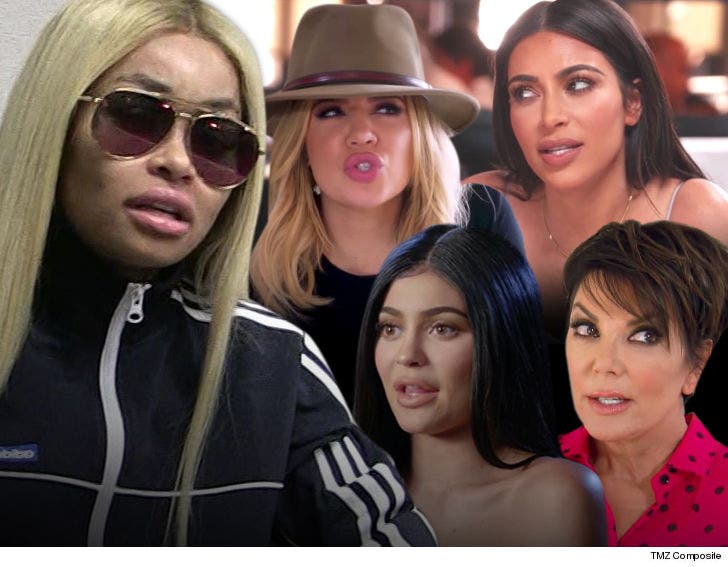 Blac Chyna's lawsuit against the Kardashians for allegedly killing her reality show has taken a new twist ... she has changed course, adding Khloe and Kylie to her case.

It's puzzling, because Chyna had dismissed the 2 women from the lawsuit back in November.

As we reported, Chyna claims the Kardashians conspired to torpedo her reality show, "Rob & Chyna" and that's why E! decided to drop it from its schedule. The Kardashians maintained the show was dropped because Chyna got a restraining order prohibiting Rob from going near her, and it's impossible to do a reality show about their relationship under those circumstances.

As for why they were added back to the lawsuit ... she doesn't say, but there's clearly bad blood here. In the suit, Chyna says one of the sisters trashed her, saying, "The show [Rob & Chyna] is giving this toxic woman money and exposure she lives and breathes for and by continuing it ... [s]he will proceed with using and physically abusing my brother."

She doesn't say which sister threw the shade.