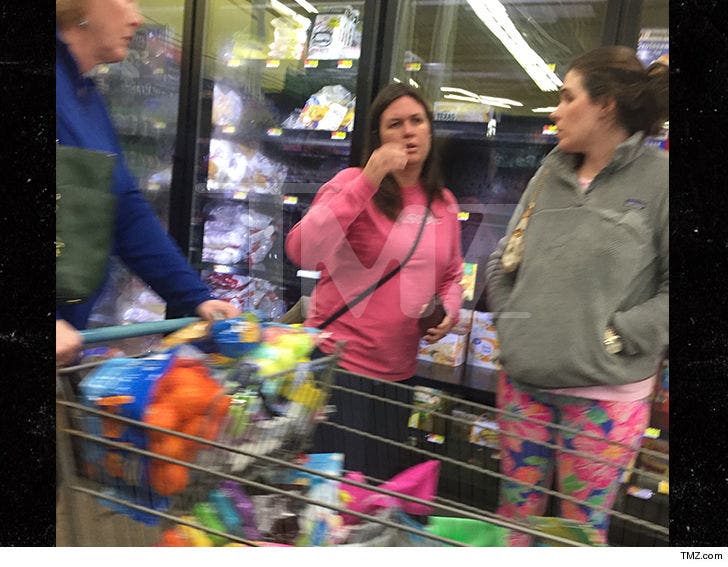 President Trump's mouthpiece hit up the superstore Saturday in her hometown of Santa Rosa Beach, Florida. She blended in to the crowd of shoppers, wearing no makeup and dressing super casual.

It was actually a late night run ... around 10 PM. We don't know what she bought, but she looked like she was on a mission.

Sarah's dad, Mike Huckabee, lives in one of the upscale communities of Santa Rosa Beach.

Trump is also in Florida at his Mar-a-Lago estate, but it's 7 hours away.