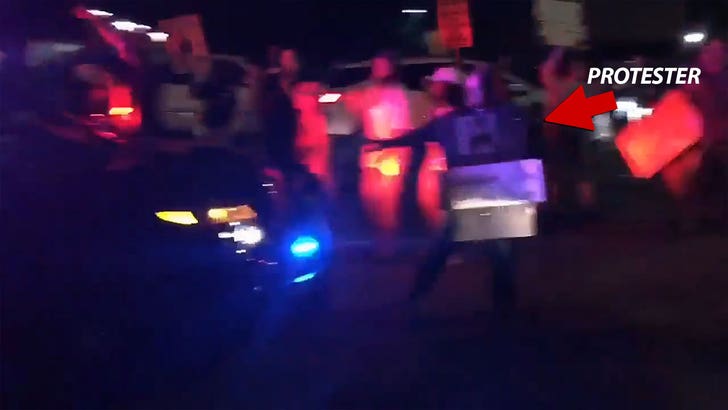 1:06 PM PT -- The Sacramento County Sheriff's Department says they're investigating the collision between one of their patrol vehicles and a protester with an internal review. A rep for the department makes a point to add that the vehicle was traveling at slow speeds, and that it too sustained damage -- not as a result of the hit, but from vandals in the crowd.

A protester was struck by a sheriff's patrol car Saturday night, and the screams of panic that followed are chilling.

The woman was among the people protesting the fatal shooting of 22-year-old Stephon Clark. Cops say they thought Stephon was brandishing a gun, but it turned out to be an iPhone.

The protester was in the street holding a "Stephon Rest in Power" sign when a Sacramento County Sheriff's Deputy appeared to accidentally strike her with his patrol car.

The woman was taken to the hospital for minor injuries.