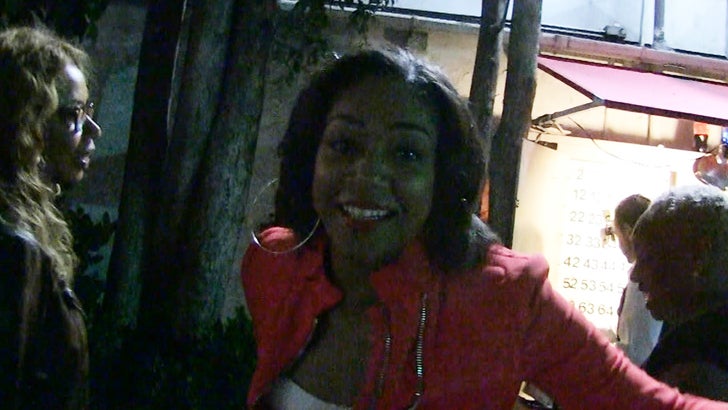 Tiffany Haddish clearly learned her lesson, because she's locked up tight as a drum on the subject of ... WHO BIT BEYONCE!!!

We got Tiffany and her gal pals in WeHo Saturday night leaving El Coyote ... where it's always a party, fueled, of course by margaritas.

As TMZ first reported, Tiffany told friends Sanaa Lathan was the culprit who playfully bit Bey last December at an after-party for Jay-Z's 4:44 concert. Seems Sanaa was getting a little too chummy with Jay and when Bey gently schooled her Sanaa went all chompers.

Tiff threatened to pull a Sanaa if our photog doesn't stop grilling her.

Mexican restaurants, margaritas and Tiffany ... it's a party.