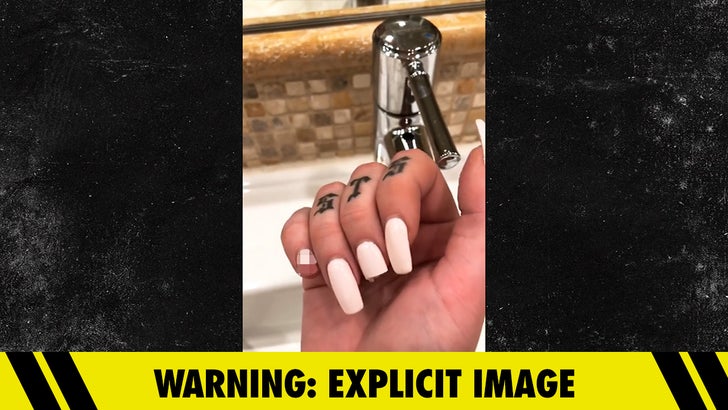 Iggy Azalea's manicure went from fancy to just wrecked after she lost a fingernail in the shower ... and warning it looks pretty gross and painful.

Iggy shared her injury on her Instagram story. She says the fingernail shattered after she slipped in the shower. Her middle finger nail also broke, but not as bad as her pinky, which looked bloody and showed skin underneath the nail.

If you're thinking it's only a fingernail ... well it hurts. Plus, slipping in the shower can lead to some serious injuries, so Iggy should count herself lucky ... she actually got to walk away from the accident.