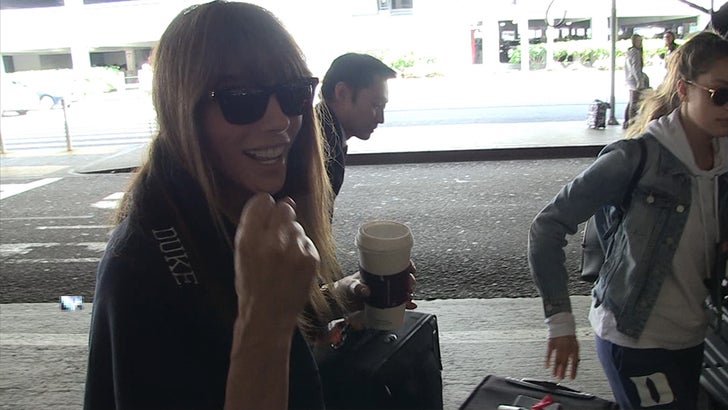 Sylvester Stallone's wife is weighing in on the whole Sly vs. Hulk Hogan debate -- saying she's confident if the two ever fought, it would be "Rocky III" all over again!

Remember, Hulk recently told us he's picking HIMSELF if the two men ever locked horns -- despite the fact Stallone's still a physical freak at 71 years old.

So, when we saw Jennifer Flavin at LAX ... we had to get her take -- and shocker, she's picking Sly.

Didn't matter in "Rocky III" though ... when Balboa choked out a raging Thunderlips like a little bitch. 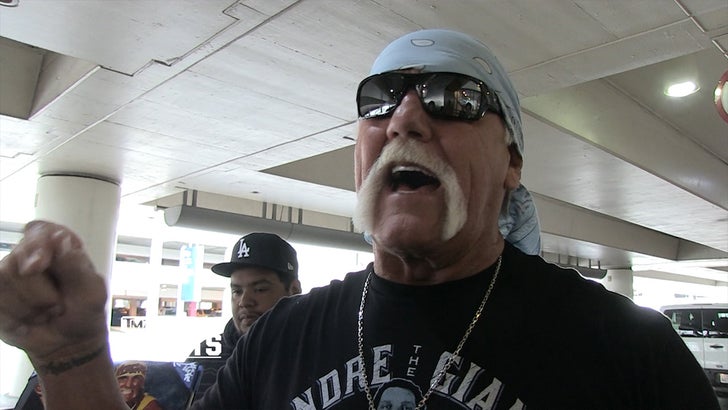 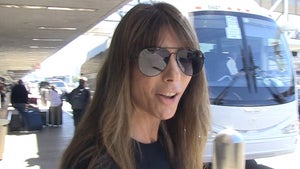 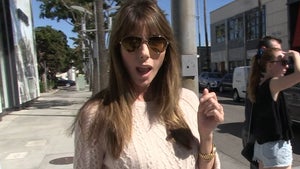