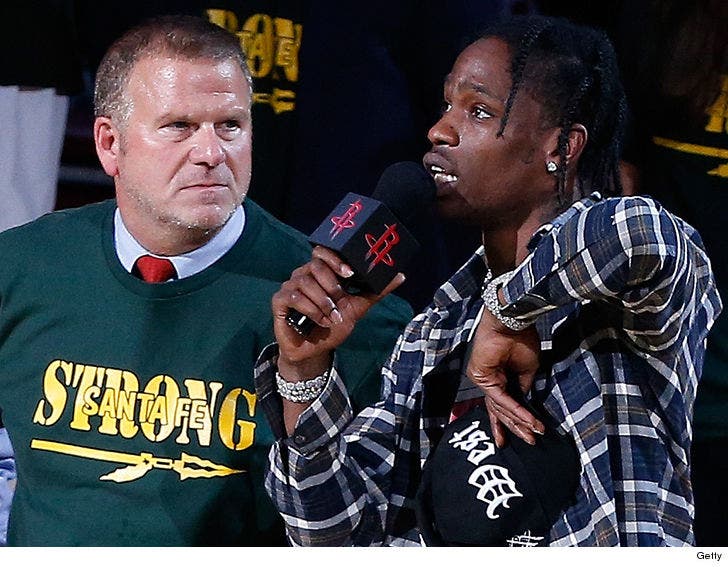 Travis Scott gave a huge shout out to the Texas school shooting victims with a powerful message.

The rapper and Houston native had a mic in hand as the Rockets honored Santa Fe High School before Game 5 of the Western Conference Finals. After a moment of silence and the Santa Fe HS choir singing the national anthem, Travis wanted the spotlight directly on the Santa Fe HS students sitting in the crowd before delivering this speech.

"Thank you for being heroes to all of us."@trvisXX sends a special pregame message to Santa Fe High School and @HoustonRockets fans pic.twitter.com/JBF65surtt

Travis also gave a shout out to first responders and school officials. As we reported ... the lone gunman opened fire last week at the Houston-area high school and killed 10 people ... including 8 students. It was the Rockets' first game at Toyota Center since the tragedy.