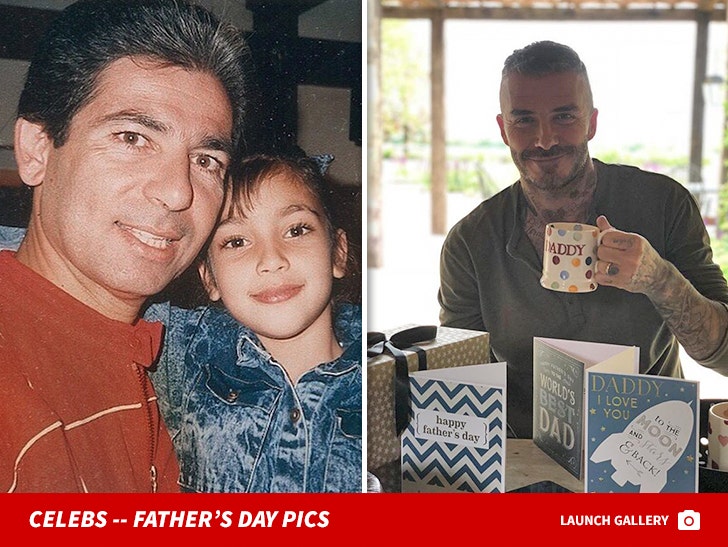 Kim Kardashian and Victoria Beckham were just some of the many celebrities who took to social media to pay tribute to their fathers and hubbies.

It's that time of the year when everyone's posting pics on social media with or of their father on Father's Day. Kim honored her late father, Robert Kardashian, with a super cute throwback pic.

David Beckham showed off his cool dad mug and apparently he's the world's best dad ... based one of the several cards handed to him this morning. Mario Lopez, Justin Bieber, Hugh Jackman and Gal Gadot ﻿also posted some cool pics.

Chris Cornell's daughter, Toni, posted this incredible tribute to her late father ... singing "Nothing Compares 2 U." She wrote, "Recording this song with you was a special and amazing experience I wish I could repeat 100 times over and I know you would too."