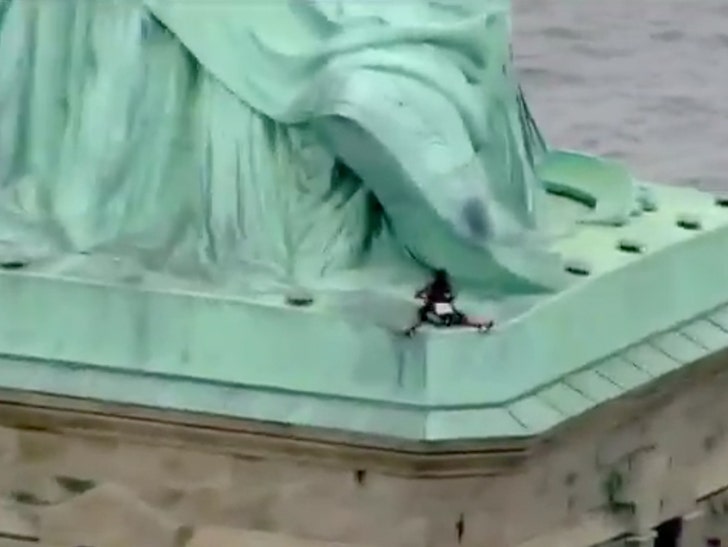 UPDATE: The woman was arrested and is now in custody. She said she scaled Lady Liberty to protest Donald Trump's immigration policy of separating children from their families.

A woman scaled the Statue of Liberty on the 4th of July in a move that can either be called the most patriotic thing ever or just plain stupid.

It forced park officials to evacuate the island of tourists Wednesday. It's unclear what the climber's intentions were but earlier in the day 7 people were arrested on the grounds by the United States Park Police after unrolling a banner that read "Abolish I.C.E."

The group was part of Rise and Resist NYC but denied any association to the woman later on social media, so it appears she acted alone.

By 2pm PST the NYPD's emergency service unit had used a ladder to reach the climber who made it to the base of Lady Liberty's feet.

#BREAKING #exclusive video of woman who’s scaled the Statue Of Liberty. ESU officers trying to coax her down. @PIX11News pic.twitter.com/THoFeHL9oJ