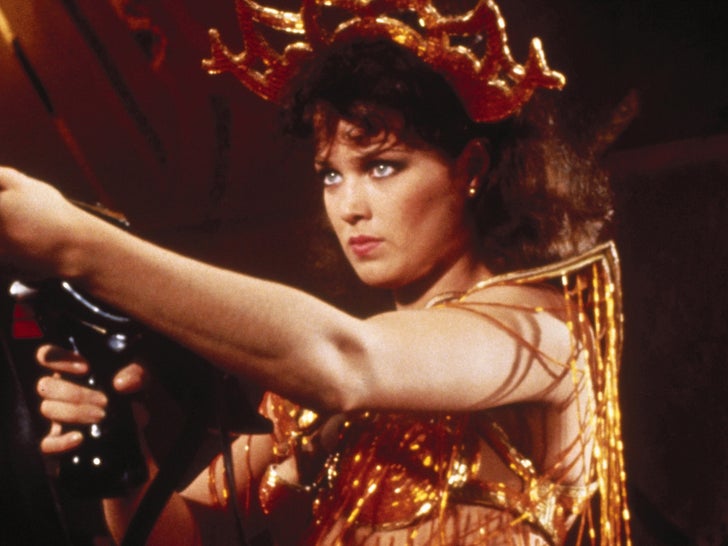 Canadian actress Melody Anderson is best known for her role as the travel agent babe who turned into the galactic warrior Dale Arden in the cult 1980 film adaptation of the comic "Flash Gordon."

Melody Anderson is cast alongside other action actors including Brian Blessed as the high-flying leader of the Hawkmen, Prince Vultan, Max von Sydow as the destructive Emperor Ming The Merciless from the planet Mongo and, of course, Sam J. Jones as the quarterback-turned-savior of the universe, Flash Gordon.

Fun Fact: The rock band Queen is credited with the awesome soundtrack throughout the spacey movie.