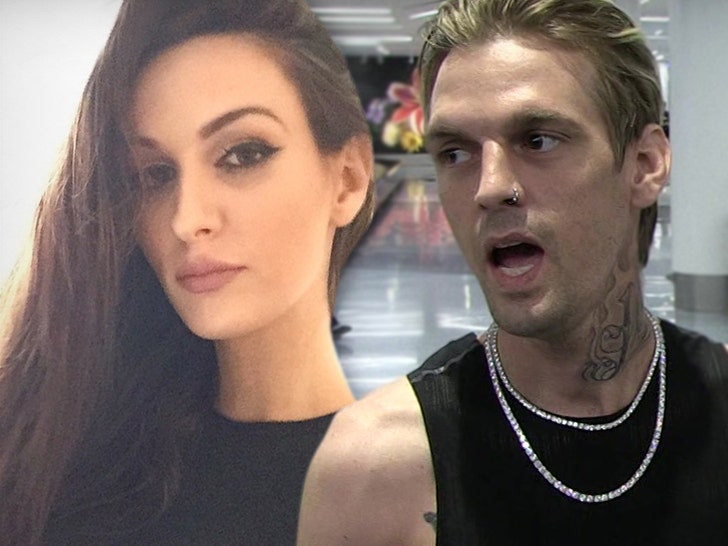 3:24 PM PT -- The judge granted Angel the restraining order and we now know exactly why she filed for it. In the docs, obtained by TMZ, Angel says she had a phone convo with Aaron on Sept. 5, and she claims he said, "I have people that would come and harm you." She adds ... due to the fact Aaron has been brandishing his firearms on social media, she fears for her life, as well as her husband and daughter's.

The docs also include this bizarre anecdote. During the August FaceTime convo with Aaron -- when he allegedly made the "killing babies" remark -- she claims he also admitted to torturing a turtle by lighting it on fire when he was a child. She claims he said he felt "no emotion" about the incident.

The restraining order requires Aaron to stay 100 yards away from Angel and her family. He also can't make any social media posts regarding them that include threats or brandishing of weapons.

Angel Conrad filed docs Friday in Los Angeles for a domestic violence restraining order. A judge has not heard the case to decide whether or not to grant the protection.

TMZ broke the story ... Aaron's brother, Nick, filed a restraining order against him on Monday claiming Aaron had "thoughts of killing babies." Nick claimed Aaron had made the claims during a FaceTime with Angel in August. Nick also said Aaron told Angel he was diagnosed with schizophrenia and bipolar disorder.

Aaron's then-girlfriend, Lina, was there during the convo and chimed in, "Angel, how do you think I feel with him sleeping with a sword next to him?" According to the docs, Aaron got upset and said, "Shut up Lina, you are next on my list."

In that filing, Nick explained he needs the court-ordered protection from Aaron because he's afraid Aaron will listen to the "voices in his head and cause harm to my family." He also states, as far as he knows, Aaron owns 6 firearms, which he's known to keep "readily available."

Aaron has denied making those statements and tells us he would never harm his family. All he wants is for them to leave him alone. 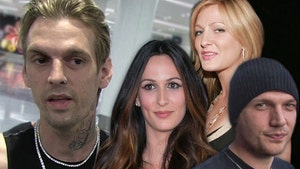 Aaron Carter's Family Plan to Get Him Help is Doomed