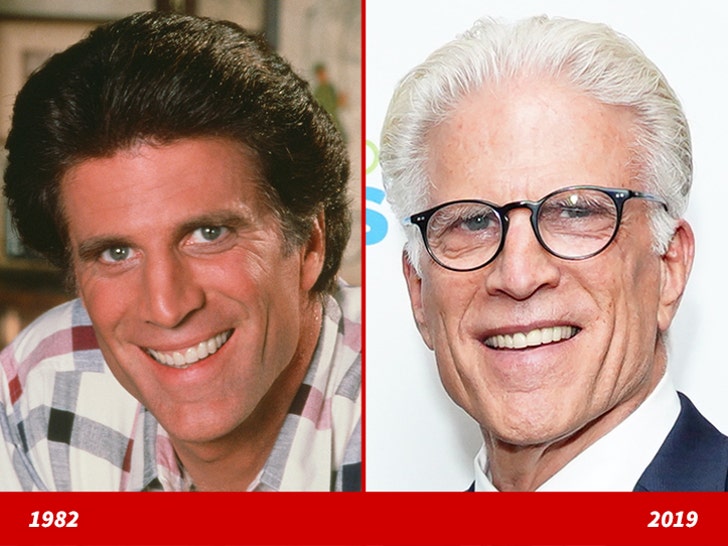 Ted Danson sure is in a good place with his looks!

Here is a 34-year-old version of the "Cheers" actor rockin' some dark and dreamy hair, during a photo shoot, on the set of the hit show back in 1982 (left).

And, 37 years later ... the now 71-year-old actor who stars in NBC's "The Good Place" -- along with Kristen Bell and Jameela Jamil -- was photographed showing off his silverside at the OCEANA gala in New York City, earlier this month (right).

Danson has been nominated for lead actor in a comedy series at the 71st Emmy Awards for his role as Michael on the show.

These looks already make him a winner!