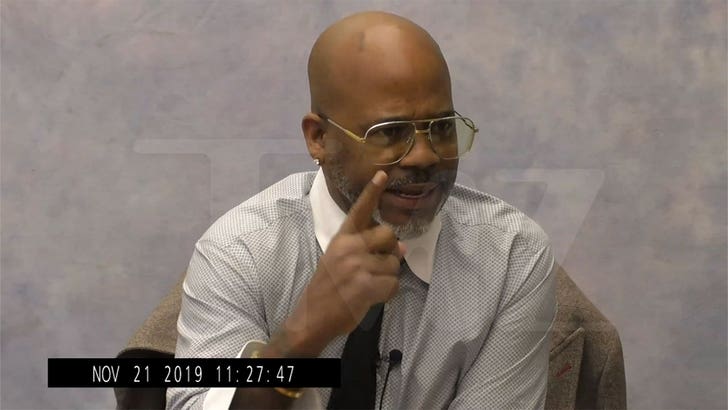 2:44 PM PT -- The court has officially clapped back at Damon's behavior during the deposition -- they have issued sanctions against Dash because of his "repeated disregard of court orders and highly inappropriate conduct."

He has been ordered to pay all costs and fees from the depo that were incurred by the opposing side.

Damon Dash has had it up to here with the lawyer who grilled him over a movie deal that went south, and let him know several times with some sharp insults ... all on camera.

The Roc-A-Fella cofounder sat for a 50-minute deposition on Thursday for a lawsuit filed against him over the movie, "Dear Frank." The depo did not go smoothly, because right off the bat ... Dame made it clear he's disgusted with Christopher Brown, the attorney for the plaintiffs.

At one point, Damon lit into Brown, who is black, telling him he'll never be a lawyer again, and adding ... "I'm just giving you rope to hang yourself." Dash was pissed at almost every question Brown asked him, and finally blew up about 12 minutes into the depo.

He yelled, "I'm sick of people from my culture trying to actually rob another man from this culture. I'm disgusted with people like this!! Yeah, I said it, punk!!"

Moments later, Damon added ... "He'll sell his whole culture out for a dollar."

Not only was it heated, but Dash's rant also got downright petty at times. He insisted he be addressed as "Mr. Dash" ... and then went on a jag about Brown's sweater. 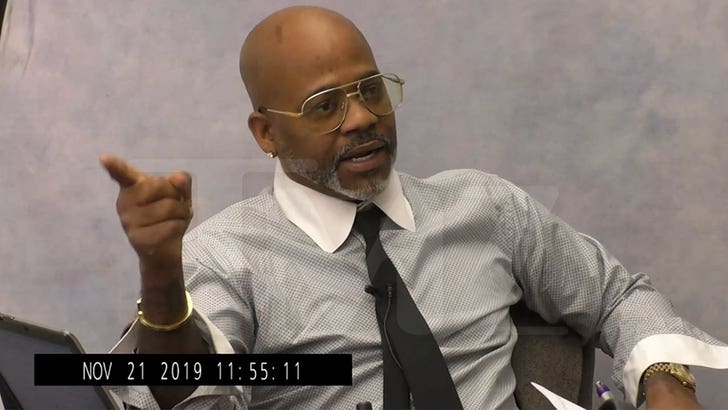 Brown wasn't laughing, and according to him, Damon became so unruly the law firm hosting the deposition called cops to kick the mogul out of the office. We're told NYPD never showed up, but Brown says Damon and his team left on their own anyway.

The lawsuit, BTW, was filed by the director of "Dear Frank" and the production company. They allege Dash -- who was originally supposed to direct the film -- tried to market and distribute it under a different name, causing confusion in the marketplace. 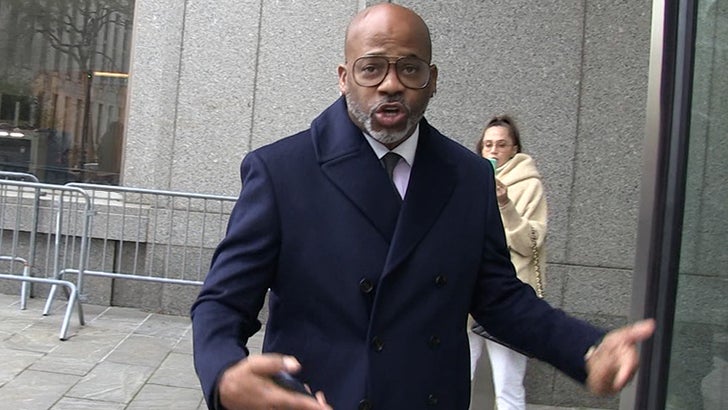 We also got Dash Friday morning on his way into a Manhattan courthouse. He went OFF again about people "trying to rob" him and claimed he's a target for ungrateful associates.

As he put it, "I do a lot for people and no one wants to kick back, they just want to take credit for it."

He also admitted he might have stayed out a little late the night before court. He was referring to the Canary Club in NYC, where we saw Dame and asked, specifically, about the child support bust. 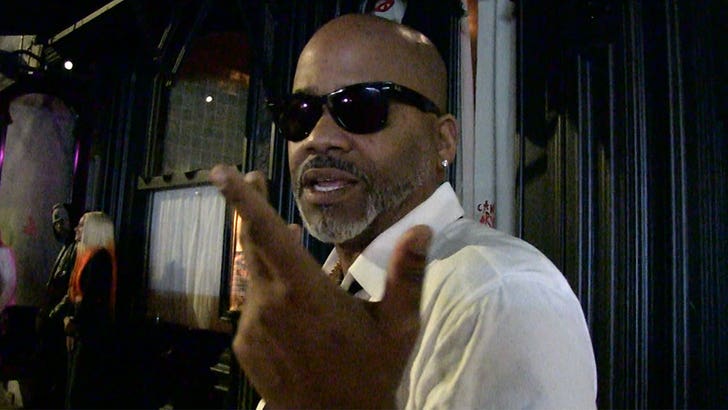 Damon claims he'd already paid off the $400k debt to ex-wife Rachel Roy and baby mama Cindy Morales -- and says he was in and out of jail in a couple hours ... "Like a real gangsta."

As for why NYPD hauled him in and took his mug shot, if he'd really already paid the debt -- Damon had an explanation for that too. He told us, "I'm a f**king rock star. As long as the motherf**king picture look good, I'm good."