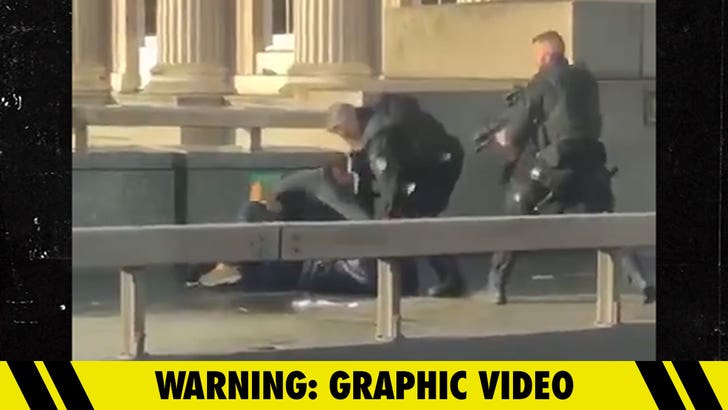 12:20 PM PT -- Three people have been wounded in another knife attack ... this time on a shopping street in The Hague, Netherlands. Hague police are reportedly looking for a man, aged 45-50, wearing a shawl and a gray tracksuit.

10:18 AM PT -- There are reports 2 civilians have died from stabbing wounds inflicted by the suspect.

London Bridge is on lockdown after armed officers took down a man with a knife -- who'd already stabbed a handful of people -- during an attack police are calling terrorism.

Videos from the harrowing scene show civilians wrestling the suspect to the ground, and trying to get the knife out of his hand. Heavily armed special forces -- British cops are typically unarmed -- surrounded the scrum, pulled the civilians away and then opened fire.

The man seen running away from the pile with a knife is NOT the suspect, but a civilian who disarmed him. The suspect was killed ... his body lied motionless on the sidewalk after the gunfire. 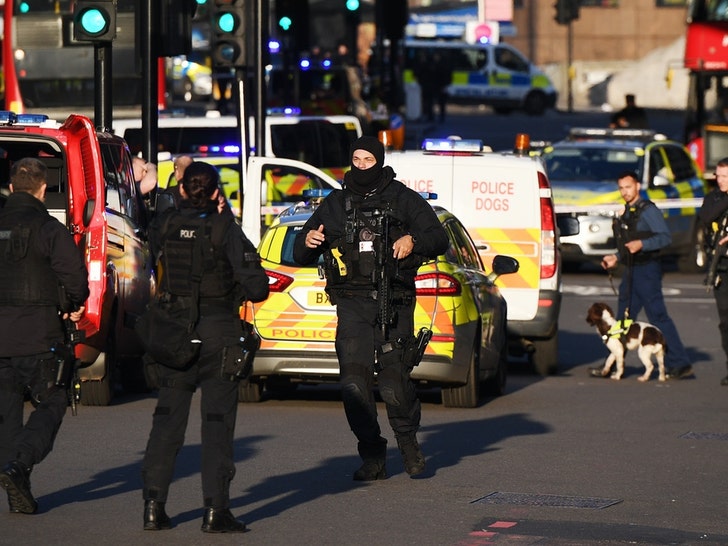 At least one witness reportedly thought the suspect might have explosives strapped to him. Police have confirmed there was a device on his body, but they believe it was a fake.

Police got the call just before 2 PM that someone with a knife was attacking people near the London Bridge -- and, so far, there are 5 reported knife injuries. The only fatality is the suspect.

The scene was reminiscent of the 2017 terrorist attack on the bridge ... when 3 suspects killed 8 people and injured 48 others.