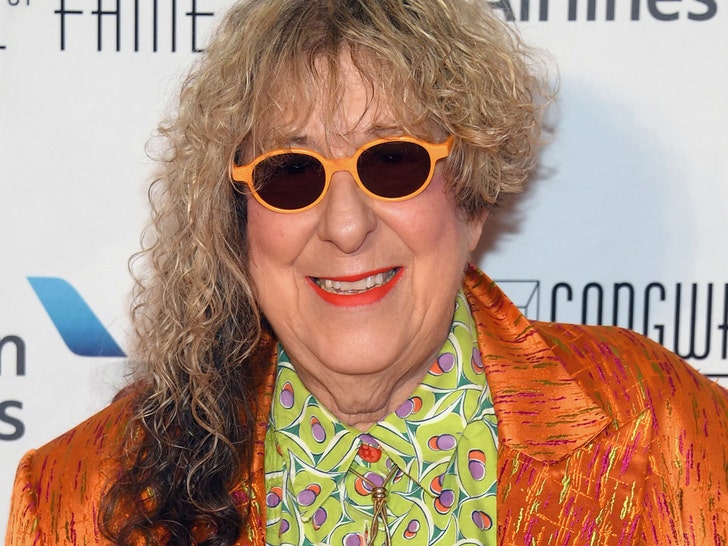 Allee died after on Christmas Eve in L.A. after reportedly going into cardiac arrest. It's unclear if she had been suffering from other ailments. Willis -- who was inducted into the SHOF in 2018 -- is credited with tons of iconic songs that transcended generations.

Allee Willis was a one-of-a-kind creative genius. Her love, spirit and artistry are forever woven into the fabric and legacy of Earth, Wind & Fire.

She will be sorely missed.
Rest in Love

The theme song earned Willis an Emmy nomination but she lost to the theme of "Star Trek: Voyager." In addition to writing The Rembrandts' most famous song, Willis also wrote the EW&F classic "Boogie Wonderland." She co-wrote the Broadway musical "The Color Purple." In fact, Willis was so prolific ... she became the first woman -- and fifth person ever -- to have written music for 2 shows opening on Broadway in the same season. In 2006, seven of her hits were featured in the Earth, Wind & Fire-themed musical "Hot Feet."

She also wrote the soundtrack to "Beverly Hills Cop" ... which earned her a Grammy in 1985.

Willis grew up in Detroit and often credits Motown Records for serving as her creative inspiration. She earned a journalism degree at the University of Wisconsin before moving to New York ... where she worked at Columbia and Epic Records as a copywriter. She parlayed that position into a music and songwriting career that spanned decades and more than 60 million records sold featuring her hit songs

She moved to L.A. in the 1970s ... where she was famous for throwing extravagant parties at her Hollywood home, dubbed "Willis Wonderland."

According to the Songwriters Hall of Fame, she's survived by her brother, Kent Willis, and sister, Marlin Frost, and niece, Mandy Becker.